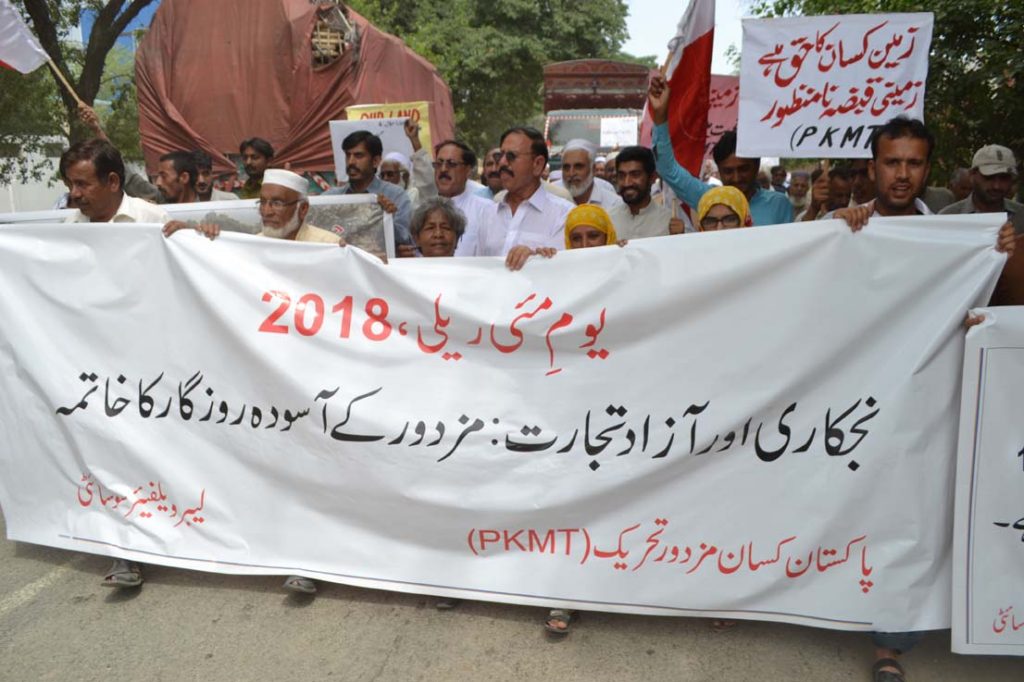 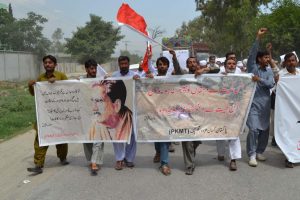 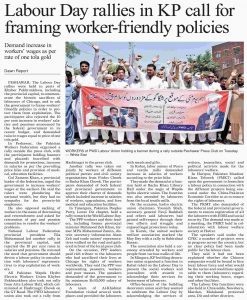 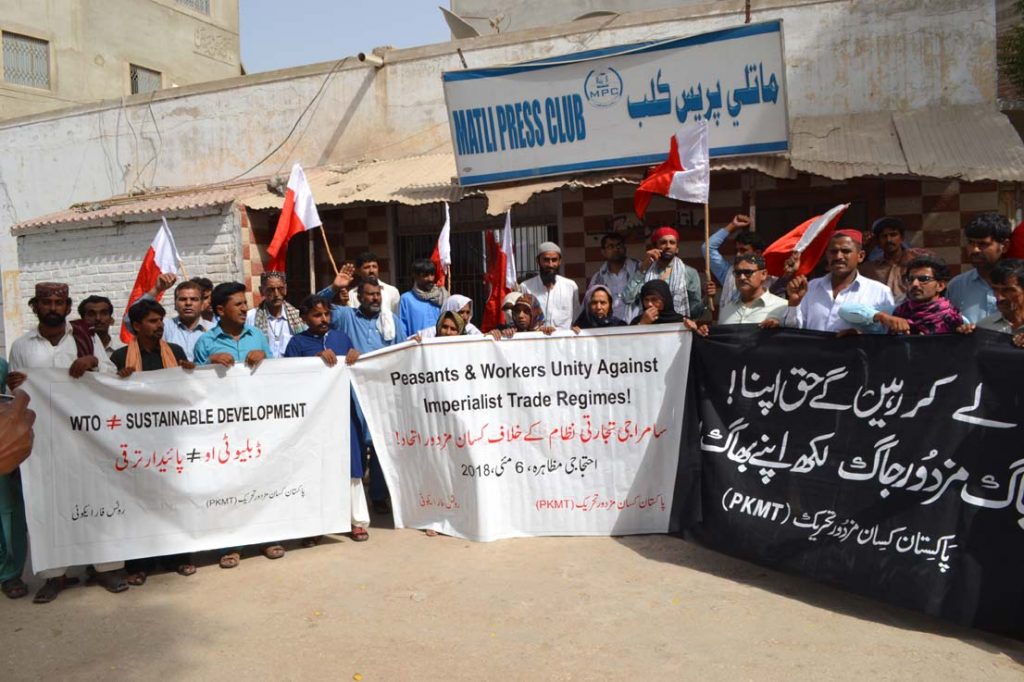 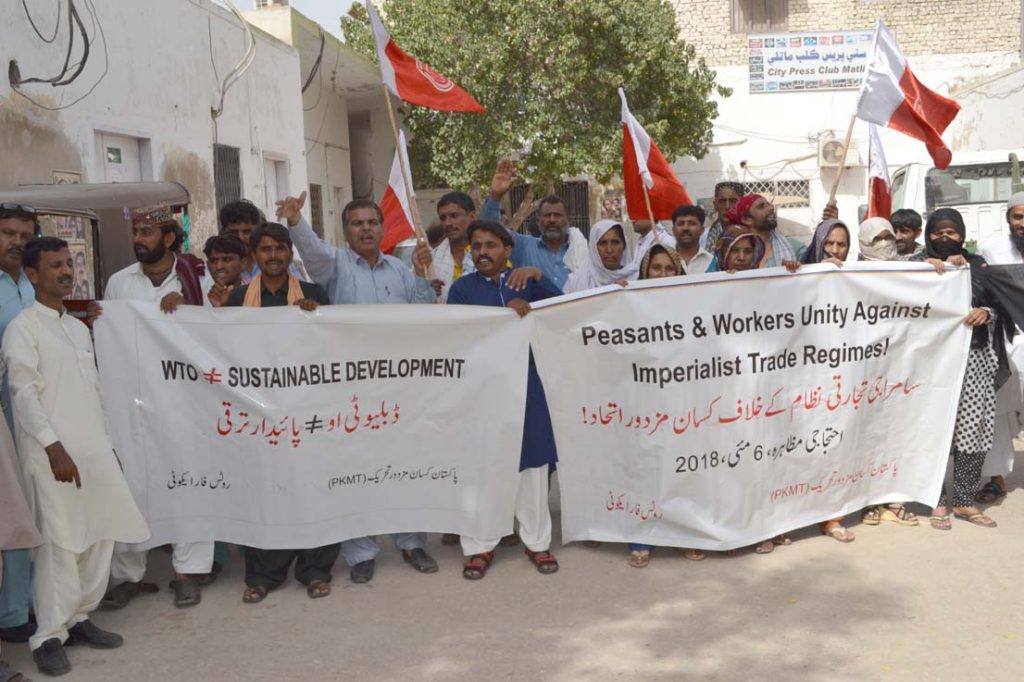 The Pakistan Kissan Mazdoor Tehreek (PKMT) and Roots for Equity in collaboration with the Asian Peasant Coalition (APC) and the other Asian organizations have marked the Day of Landless under the theme “Peasants of the world: intensify our struggle for Land and Life!”

The Day of the Landless is observed globally to highlight the struggle of farmers for land and other natural resources as they have been forcefully evicted from their land, despite the fact that they have inhabited these lands for generations’. The numbers of countries including Pakistan, India, Bangladesh, Sri Lanka, Nepal, Mongolia, Cambodia, Malaysia, Philippine, Thailand, and Indonesia have held various events to mark this day.

PKMT has lodged a protest against the pervasive land grabbing and landlessness in Pakistan on the day of landless at the Hyderabad Press Club, Hyderabad, in which the small and landless farmers from different districts of the province have participated. The PKMT Sindh Coordinator, Ali Nawaz Jalbani spoke on this event emphasizing the invaluable contribution of farmers to our communities. He pointed out that small and landless farmers not only provide food to the people through their hard work but are also responsible for export of agricultural products that yields valuable foreign exchange. But even in spite of them feeding the country, they suffer from severe malnutrition, hunger and poverty; no doubt this condition is a result of massive landlessness among farmers. In Pakistan, feudal lords, the elite and rich farmers own 45 percent of agriculture land. This is the critical reason that a country that which has high food product, tragically still comes on top when it comes to infant death statistics.

Allahdino, a PKMT member pointed out that “We the landless farmers are forced off land, evicted from our villages, losing our livelihood, and community forced to work as wage labor in towns and cities under inhuman conditions. With no food grains, every-day hunger is the mode of the day. Contract farming is on the rise, where farmers are being forced to work as part of an assembly line, producing at the behest of agro-chemical corporations who produce not food but profitable items such as sugar cane, livestock fodder, and agro fuels.

According to Sony Bheel, patriarchy is a hard cruel reality. Women, have very few rights, and as agricultural women workers these women face intense structural poverty. They country’s food security in the forms of grains or vegetables, dairy or livestock production is absolutely not possible without rural women’s hard physical labor. However, women a major part of the landless are not even recognized as farmers and face exploitation at the hand of both capitalists and feudal lords. The increasing chemical intensive agriculture is responsible for not only destroying biodiversity but also intoxicating the food chain system which impacts women and girl children immensely. It is because women and girls work the most in cash crop harvesting be it cotton or maize or vegetable picking. Hence the landless, especially women landless suffer the most from multiple forms of exploitations, discriminations and oppressions.

The members of PKMT from Ghotki and Badin, Mohammad Sharif and Mohammad Ramzan said that in Pakistan, farmers are facing oppression and deprivation due to neoliberal policies of capitalist countries, unfair land policies and corporate agriculture. In the name of development and innovation; motorways, Special Economic Zones, energy and other projects are being established, all which are forcing land evictions, depriving farmers of their land and livelihood.

There are many such examples: In Hattar, Haripur, KPK, more than a 1000 acre of land has been allotted for the extension of Special Economic Zone, and in Peshawar the construction of Northern bypass project. In Punjab, 6,500 acres of land is being provided to foreign seed companies. In Rajanpur district, the Government of Punjab is promoting forest cultivation for trade through public private partnership; inevitably farmers are being evicted, others forced into contract farming with corporations. In Khairpur, Sindh, 140 acres of land has been used for Special Economic Zone. These are the clear examples of the oppression present due to land grabs and exploitations faced by the small and landless farmers in the country.

Saleem Kumar, the Tando Mohammad Khan, Coordinator, PKMT stressed the point that instead of distributing land to farmers, the government is promoting foreign investors, allocating land to the corporate sector, steps that further erode the sovereignty, well-being and prosperity of the people of Pakistan.

Pakistan Kissan Mazdoor Tehreek has made food sovereignty its critical most demand with right to land resonating as the loudest call for gaining social and economic justice.

PKMT’s struggle against imperialist globalization and feudalism challenges land grabbing, corporate agriculture and the whole realm of neoliberal policies that are strangulating farmers lives and livelihood; In essence PKMT demands equitable distribution of land among women and men farmers, the most critical base for ending hunger, poverty and malnutrition in the country.

There is no doubt without Land there is NO Life!