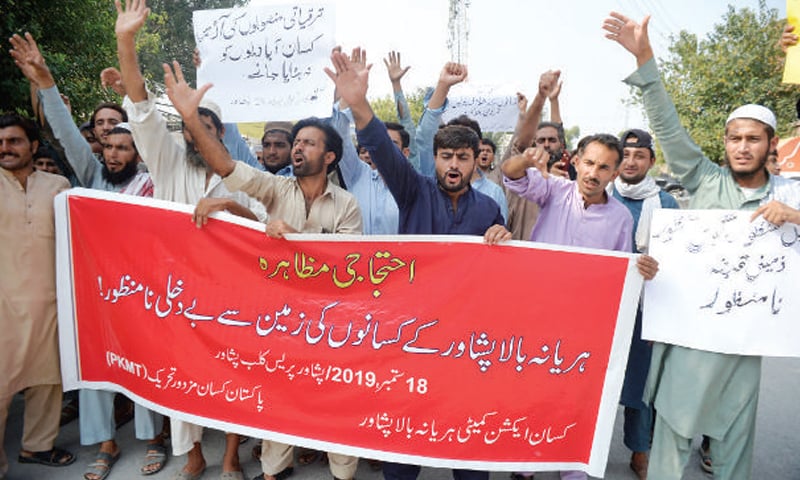 PESHAWAR: Farmers belonging to different villages of Peshawar held a protest demonstration in front of the Peshawar Press Club against eviction from their land being acquired for construction of the Northern Bypass.

The protesters told media persons that the farmers’ families possessed the land for the last 80 years which was their only source of livelihood. The farmers claimed that the government was taking possession of the land for construction of Northern Bypass without paying its price to the owners.

“The government is not only snatching our livelihood but also depriving us of our homes which we have built with our meager resources,” they said.

The Northern Bypass project has affected many villages, they said and claimed that the farmers in these areas had been threatened to leave the land or they would be forcefully evicted. They alleged that the compensation of agriculture land and houses had been given to an influential person.

“We have approached various government offices and officials to seek help, but to no avail,” they said and added that the land property was common (shamilat) which had been converted into cultivatable land by their forefathers.

They alleged that MNA Noor Alam Khan was supporting the influential landowner while rest of the farmers had been ignored. “False FIRs have been lodged against some farmers to pressurise them,” they said.

The Kissan Action Committee, Haryana Bala, and Pakistan Kissan Mazdoor Tehreek have demanded of the government to release all the arrested farmers and withdraw the FIRs.

They urged the government to provide alternative land for housing and payment of the construction cost in lieu of the houses being demolished for the project. The farmers were holding banners and placards inscribed with slogans against what they called their forced eviction. 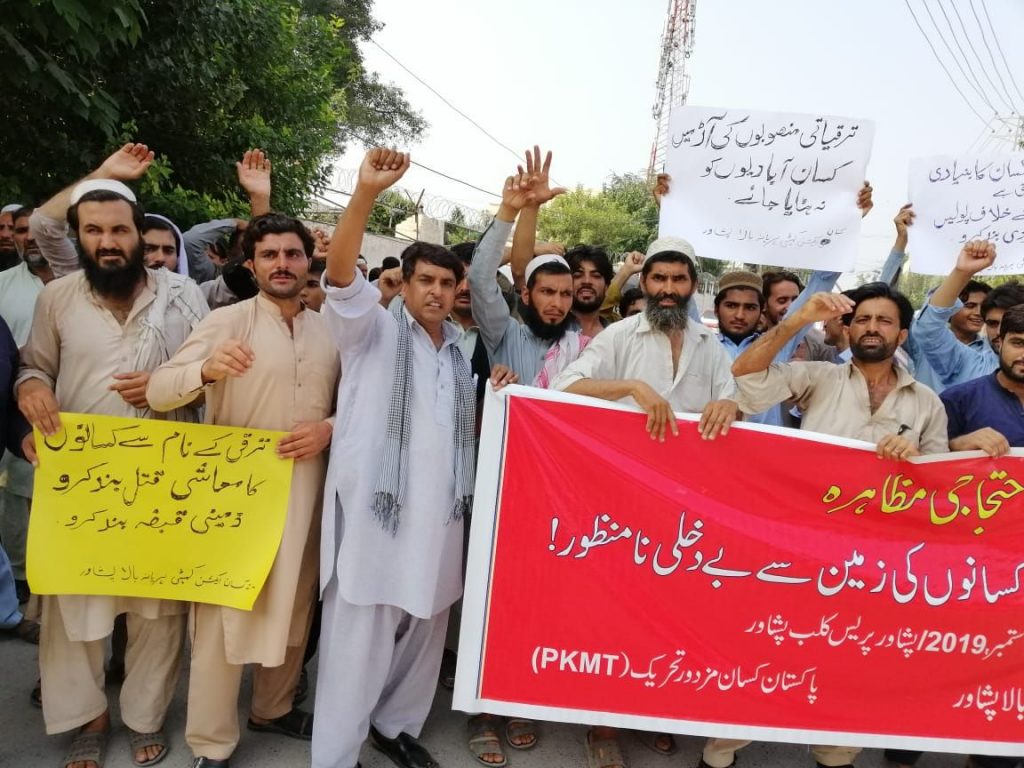