PKMT Jazba Farmers’ Cooperative organized an awareness session program based on the Agroecology farming and sustainable agriculture on village level at different districts of Sindh, Punjab and KP. In Sindh district Tando Mohammad Khan, Shikarpur and Ghotki, in Punjab district Multan and in KP district Haripur and Lower Dir the session were organized.

The session begins with the introduction of the team and the farmers. The team asks different questions from the farmers like who cultivate the land and which sort of cultivation is going on nowadays? 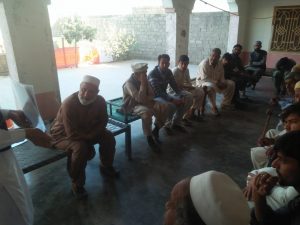 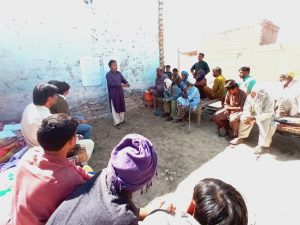 The participants replied that nowadays, we are using artificial means of production, which had chemicals in it, and we use chemical fertilizer in cultivation. Different topics of production and consumption were discussed with the help of pictures.

Unhealthy Production: The participants were told about the unhealthy food production that how modern machinery and chemicals are introduced to increase the production for example, breeding of cows by using artificial means, increasing of milk and meat of animals, increasing chemical spray, fertilizer, use of hybrid seeds and genetically modified seeds. The participants agree that they use the chemicals and machinery which results increase in diseases and unemployment.

Unhealthy Consumption: The participants were told about the unhealthy food like big companies use artificial methods in the preparation of food and are enforced on us for example, Potato chips, burgers, pizzas and unbalanced diet. The participants said that the junk food made by the companies has no energy, the threat of diseases increases and the food is also expensive. Capitalism increases class system. The rich influence on poor just because of this system. The working class is deprived of basic needs of life like food and health; we should not use these things.

Healthy Production: The participants were shown opposite mechanical and artificial method of production. The natural and traditional ways of farming, which includes milking, traditional way of cultivating pure and healthy food. According to our history, we use traditional seeds and eat pure food and live in a clean environment for centuries. The capitalists now capture the markets enforced farmers and labors into poverty.

Healthy Consumption: The participants said that the food from companies are unhealthy, the bread, Saag (local spinach), Lassi, butter, pure ghee are healthy foods. We should promote our own things, which we get through natural means.

Poverty and hunger! Why ? The adopting of chemical methods and an increase in production, the participants said that hunger, poverty and unemployment is increasing day by day.

Farmers were also told about the side effects of hot weather and rain without season on the crops and the reason behind this rapid change in the atmosphere which is the use of chemicals and factory smoke which is causing climate change. Every second a person is effected by cancer and different heart diseases.

The estimate expenses of wheat crop per acre were discussed to analyze the cost of the production and extremely high cost of production due to purchase of corporate seeds and other inputs results into high yield temporary but reinforce the vicious cycle of unsustainable mode of production. The farmers were left with debt and deprivation.

Two main causes behind the problems of farmers were green revolution and seed amendment act 2015. Green revolution came in the 1960s. The United States introduced this system in an era of general Ayub. The policy held deceitful perception as its intention was to finish the independence and self-reliance of farmers. 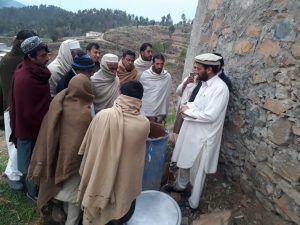 Seed amendment law deprived the farmers from growing the traditional seeds, as well as keeping it. According to the law keeping your own seed is unlawful as the government of Pakistan passes new laws in 2015 which says that the small and landless farmers cannot put or make the seed on their own but the companies will give it to them.

According to this law farmer cannot cultivate the traditional seed, neither can it take it from others. If he practices it, he had to pay fines for it. The farmers had to buy the seed every year from the market.

A visit to the farm: After the session in every district, the district coordinator with participants visit the farms, where two to three kinds of wheat seeds were sown. The owner of the fields told the participants about the use of natural seeds and natural fertilizers. They also see the compost made by farmers. The farmers who are practicing the natural farming describe different ways of making fertilizer and all agreed that they will do the same so that they can protect their seed and to grow pure food. 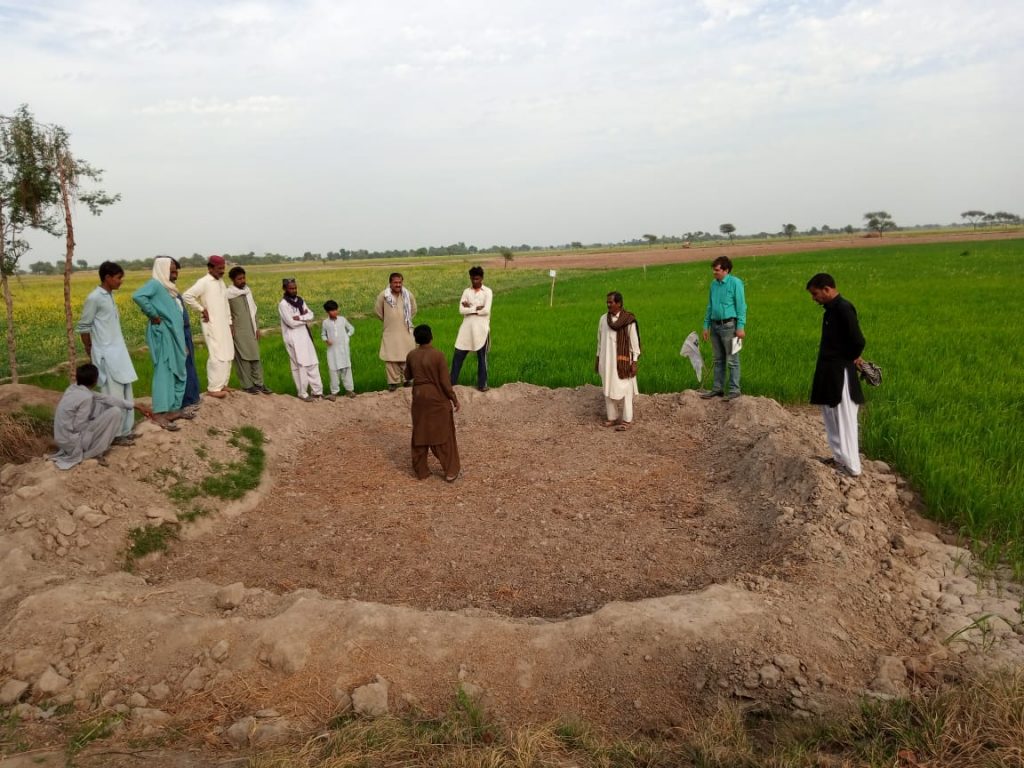