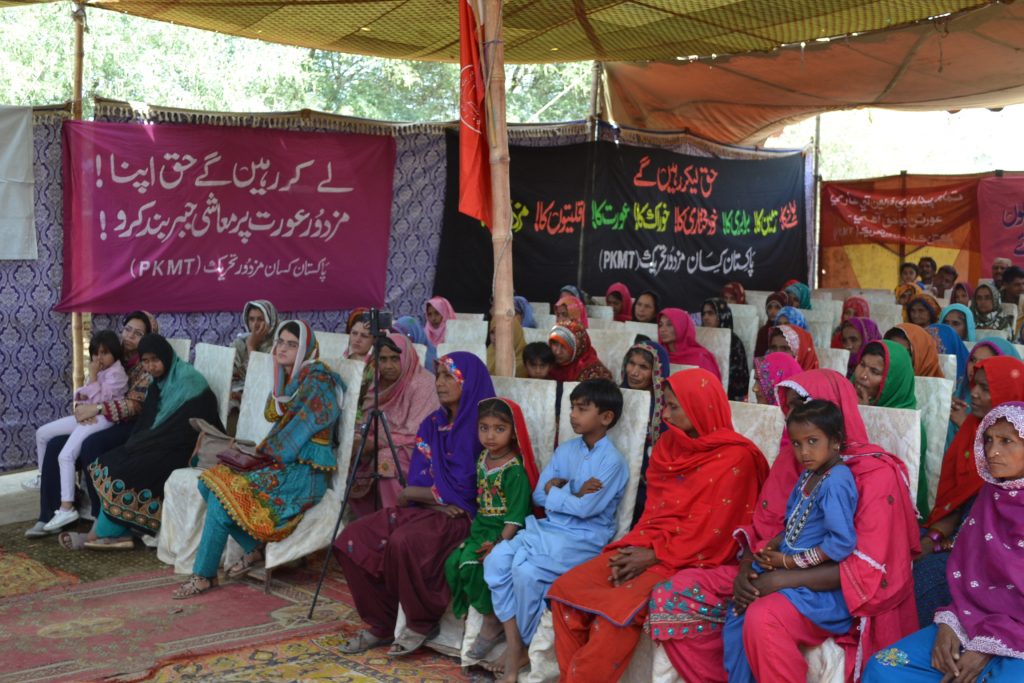 Dr. Azra Talat Sayeed of Roots for Equity and Chairperson IWA highlighted the continuously negative spin in attaining basic rights in women lives, the escalation in the oppression and exploitation at the national and international levels: all due to the increasing grip of capitalism through neoliberal policies. Profit-seeking capitalist forces have introduced modern technology in food and agriculture sector which pave the way in increasing landlessness, gender discrimination, violence, hunger and poverty in Pakistan and other third world countries.

In Pakistan, women particularly women agricultural workers faces different kind of exploitation under feudalism and capitalism. Agricultural women workers not only face economic and gender discrimination but also face mental and physical violence, illiteracy among others. In the past years sugarcane production has wiped out cotton production, which had still provided an income for women, though it had dire impacts on the environment and women’s health as well as all living things. The need for skilled trained women may be the reason that the generally feudal-minded Sindh Government has passed the Sindh Women Agriculture Workers Bill. There is no doubt that if women ware incorporated in the planned special economic zones, they will face further exploitation and feudalism in a highly feudal society.

While detailing imperialist policies in 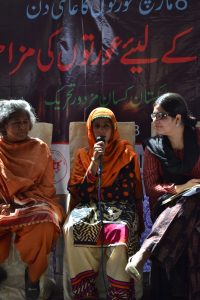 the Dairy sector PKMT member Pathani and an activist Ms. Ayman Baber highlighted the impacts on women. After corporate capture of seeds, the WTO’s Sanitary and Phytosanitary (SPS) agreement being implemented through the Pure Food Laws which will lead to control of the corporate sector on livestock, fodder and the output of the diary sector in which a large number of women are engaged, especially in Punjab and Sindh. Corporate capture of these sectors will gain huge profits not only in the lucrative local markets but also through exports. These policies will result in market hegemony erosion of livelihood of millions of peasant and farmers across the country.

The impact on women and children will be multi fold, as they will not only loose a rich source of food and nutrition but also the income from milk and livestock. The recent National Nutrition Survey has already well documented the extreme levels of hunger and malnutrition that women and children in the country face: the Pure Food Laws will only result in further aggravating the situation. It was also stated that food fortification policies that are ostensibly an answer to the malnutrition are only a profit-seeking industry for the mega-corporations of North America and Europe. 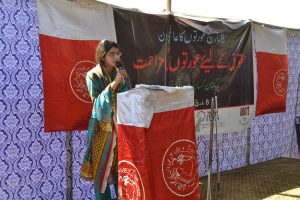 Arooj, a young PKMT member highlighted the case of land grabbing in Haripur that paved the way for cement industries being set up on agriculture land. She detailed the environmental, health, income and mobility issues women have faced as a result of land grabbing.

A young women PKMT member Ms. Roop Kanwal highlighted the impacts of Patriarchy and its deep inter-linkages with feudalism and capitalism. She highlighted the lack of women’s control over productive resources, production and income with men maintaining a death hold on all decision making processes in women’s lives. Patriarchy is the base through which, women being used as a commodity intensifies violence against women on a daily basis. 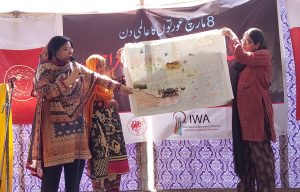 Rabia Bukhari, Roots for Equity detailed the importance of agroecology in opposing capitalist policies in food and agriculture as well as overcoming the impacts of climate change. She highlighted saving and promoting biodiversity and the critical need for adopting natural forms of agriculture to preserve our natural resources. These methods would allow for production of safe, nutritious foods, sustainable agriculture as well sustainable decent livelihood for rural communities, especially women and gain us food sovereignty. 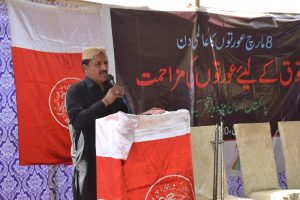 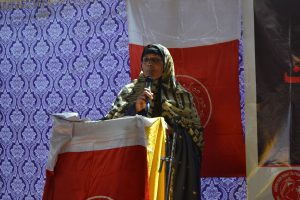 Zahida Meerani a PKMT member from Ghotki shared different methods of production being adopted by farmers in PKMT Jazbacooperative farms as well as the need for women to increase not only their membership but also voice in the decision-making process in PKMT. 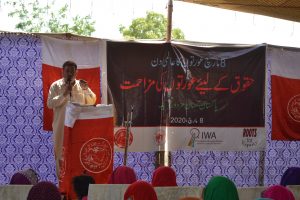 Provincial Coordinator, Khyber Pakhtunkwa Faiz Ahmed while addressing the women’s assembly highlighted the importance of the International Women’s Day. Without women being equally represented in movements, neither resistances can be built nor rights attained. He stressed it was critical that women from every province made their presence felt in the Tehreek. He deplored the recent attack on women, especially highlighting extremely uncivil verbal abuse against women on media that was aired without censorship. There is no place for abuse against women whether it was verbal, physical, emotional or sexual. Women hold equal rights to men in society and these should be upheld at all times. It is for workers’ and farmers’ movements to ensure that women hold command space in forcing movements forward in our fight against exploitation and oppression embedded in patriarchy, feudalism and capitalism.

As part of the Women’s Global Strike being coordinated by APWLD, women chanted various slogans, especially “If Women Stop, the World Stops”, “Women are the backbone of World Economy”, and “Movements Not Possible without Women” “ Women’s Equality! If not now, then when?” and “Stop Imperialist Agriculture Policies”.