In the educational programs, firstly the class distribution and its origin were discussed. The root cause of the issue and the circumstances which are behind it were also analyzed. The discussion further extended with the realization of the ruling systems of colonization and feudalism and the politics of land. 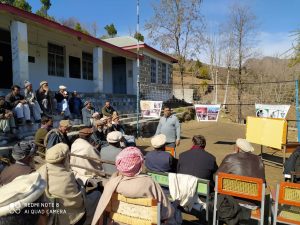 Secondly, the oppressive system which effects on the lives of small and landless farmers which are feudalism and capitalism and the role of religious organization and private companies in increasing the difficulties faced by them.

Thirdly, the problems and rights of the most vulnerable class among the community, “women” who faces patriarchal system conferred to find solutions for the injustice they face in daily life.

The most powerful system “capitalism” and the tools of capitalists which are hindering the farmers were also examined. It was realized that how inorganic seed, politics of land, machines, poisonous medicine, market, loan from banks, different laws and material from outside the country is imposed on the farmers. 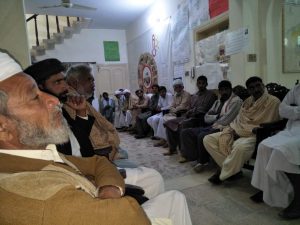 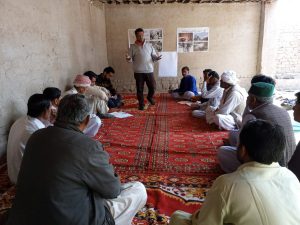 Lastly, the farmers discussed about the companies that now their work went in the hands of companies.

The second part of the pre pep discussed that which is the main oppressive countries (United States – China) and the effects of CPEC.